Our signature cakes are the perfect option for a simplified yet delicious way to celebrate any special occasion. Personalize YOUR cake with a decorative, complementary inscription. 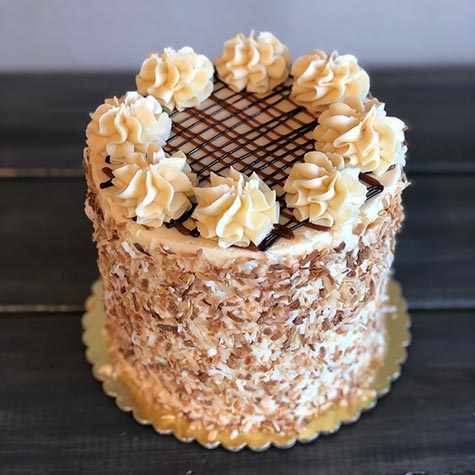 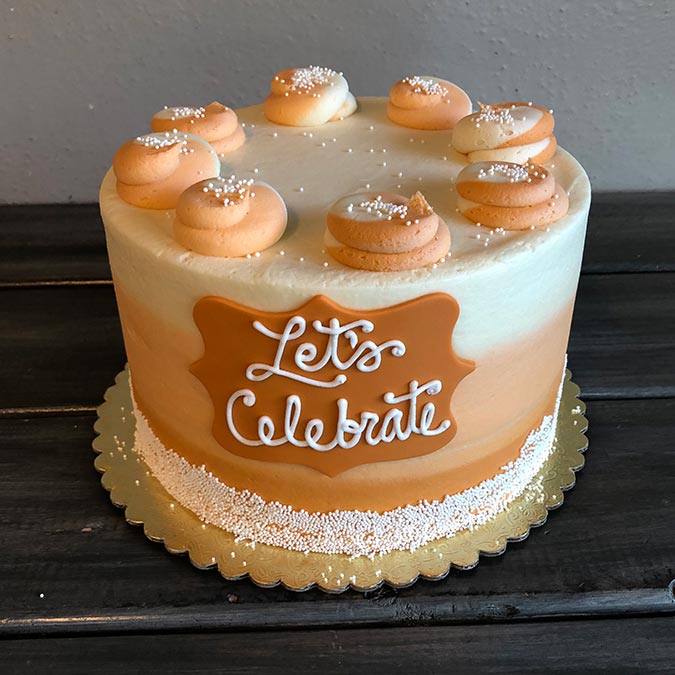 Single tier cakes with 4 layers of cake and 3 layers of filling are about 5 inches tall. 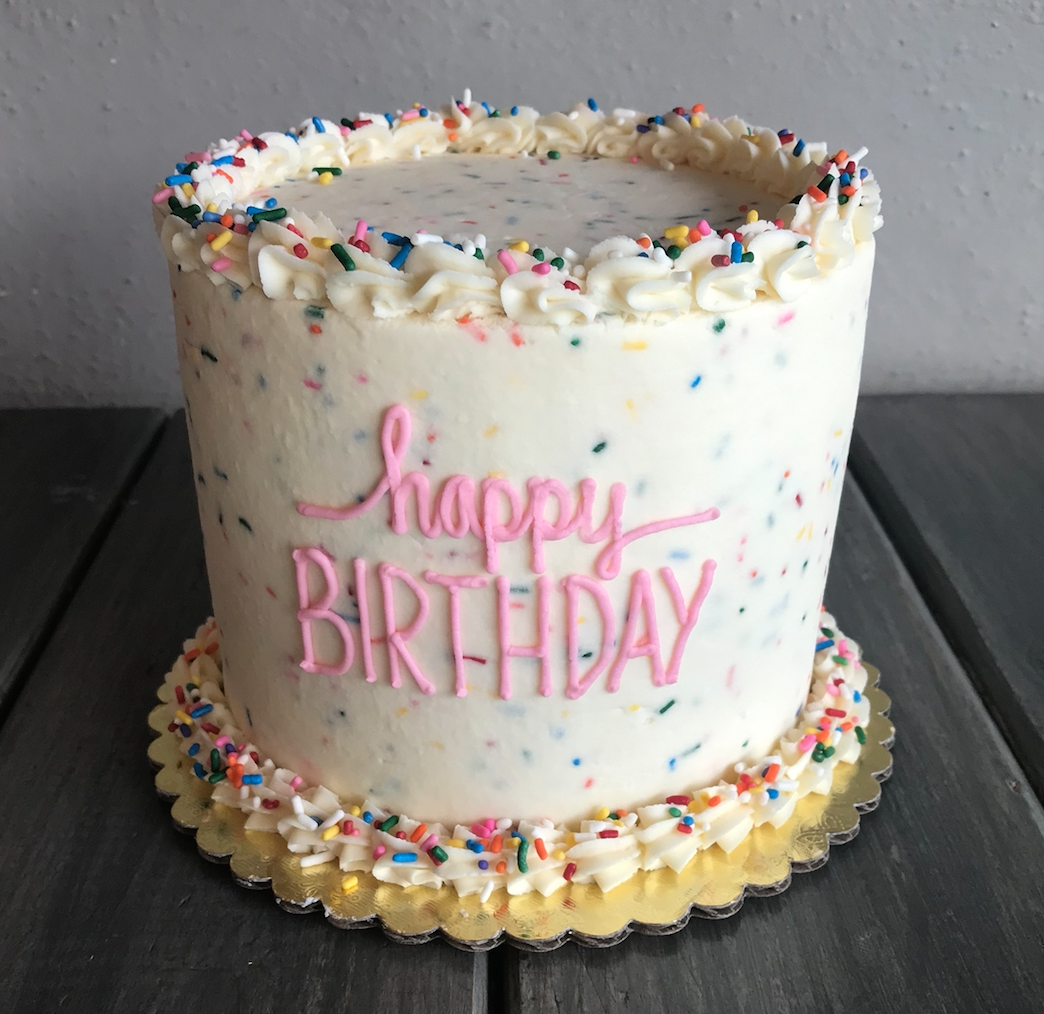 These are just 9 of the most popular flavors for signature cakes.
See all available flavors. 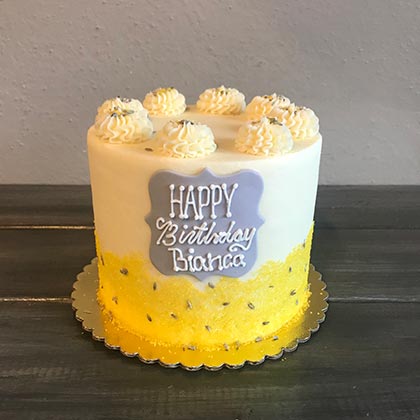 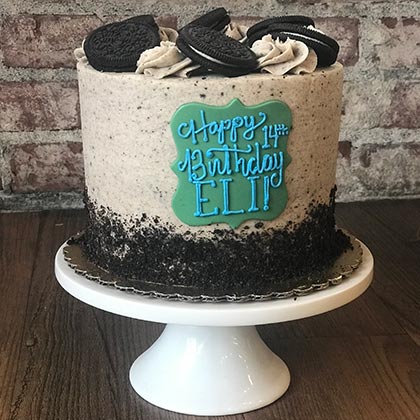 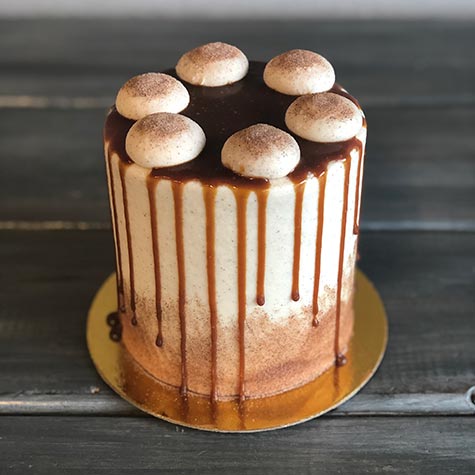 Add a complementary decorative fondant plaque or inscription for a customized personal flare!

“From the moment I walked into this shop, I knew this was where I wanted to have my wedding cake and cupcakes created. I fell in love with the cupcakes after the first bite. They are delicious and moist, and the flavors are creative.”

“Every cake and cookie I have tried from Sugar Cubed is delicious, but the filled cupcakes are my favorite! Kayla and her team made our wedding cake which turned out absolutely beautiful and was super tasty! It is obvious they take pride in their work and want to make their customers happy, they even made a cake for my friend’s 30th which was a coffin and it got rave reviews by everyone at the party!”

“I ordered a smash cake and cupcakes from Sugar Cubed for my sons first birthday. The cupcakes and cake were decorated just how I wanted them! I have no complaints about that, they executed it perfectly. The cake/cupcakes tasted great.”